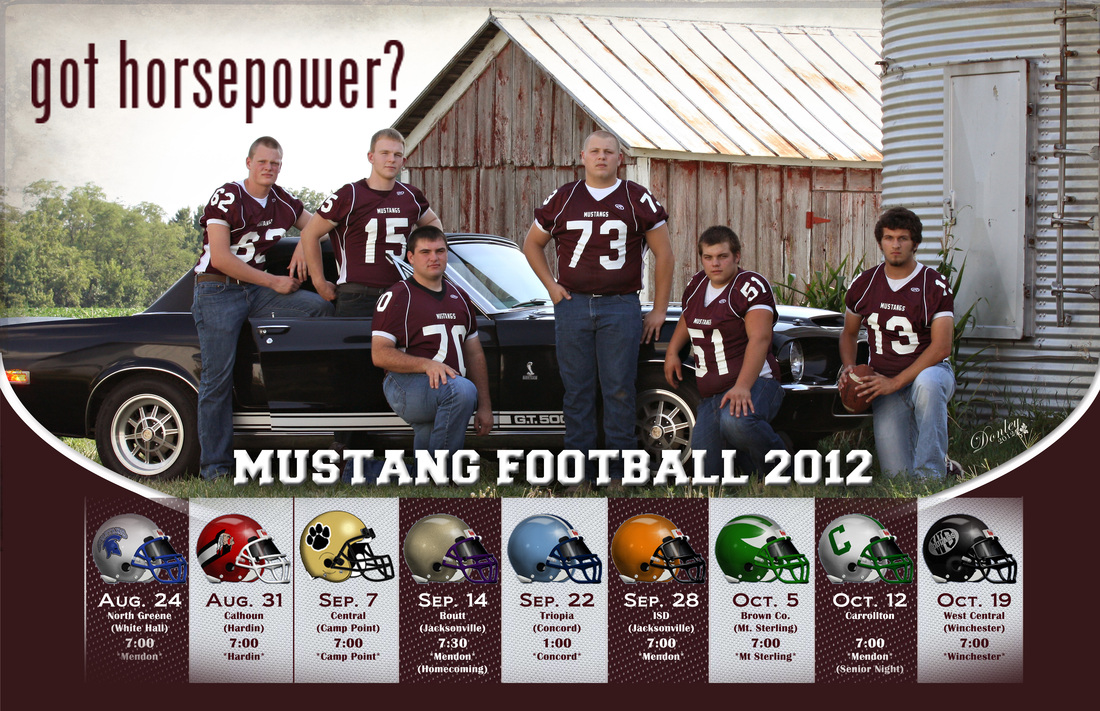 Team photos have been taken, if you would still like to order - please contact Sarah Donley at gsdonley@adams.net.

The Mustangs scored twice in the first quarter and were shut out the rest of the way in the home loss. Unity (2-6) managed just 75 yards rushing.

Scott Beck was Unity's leading rusher with 43 yards on 14 carries. 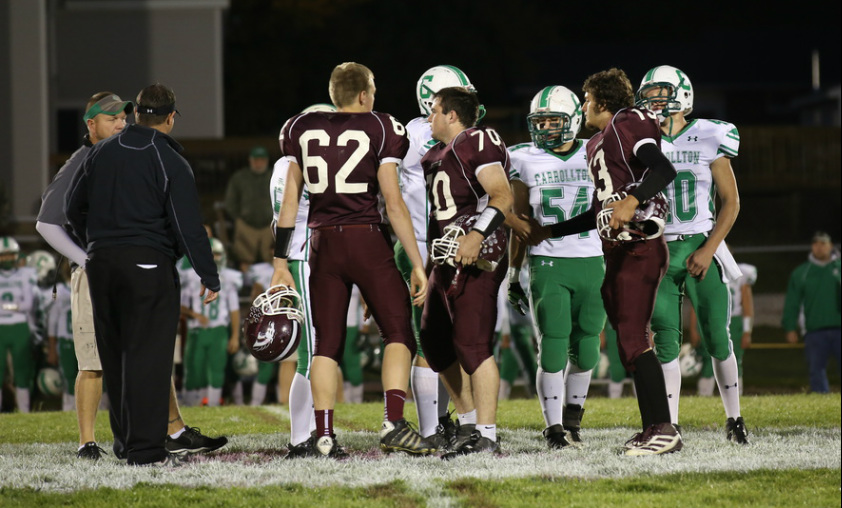 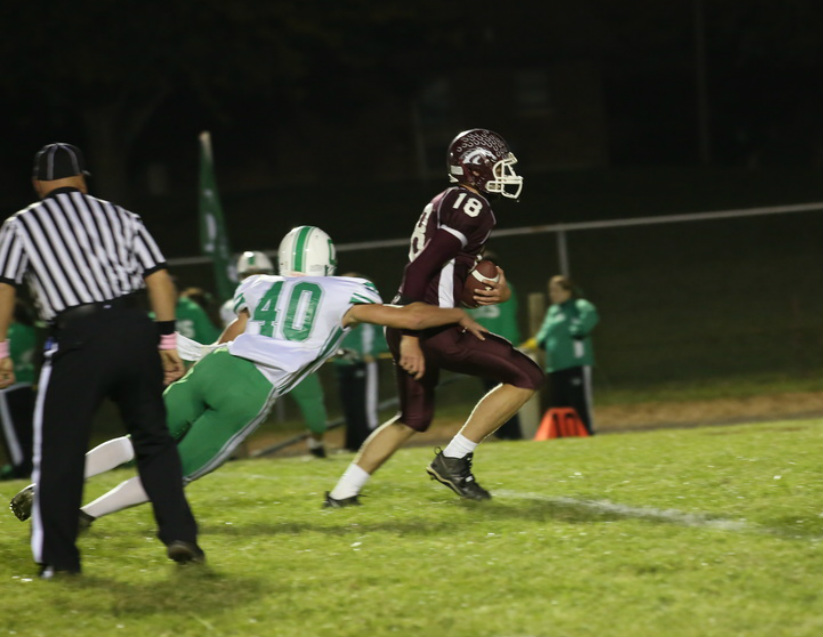 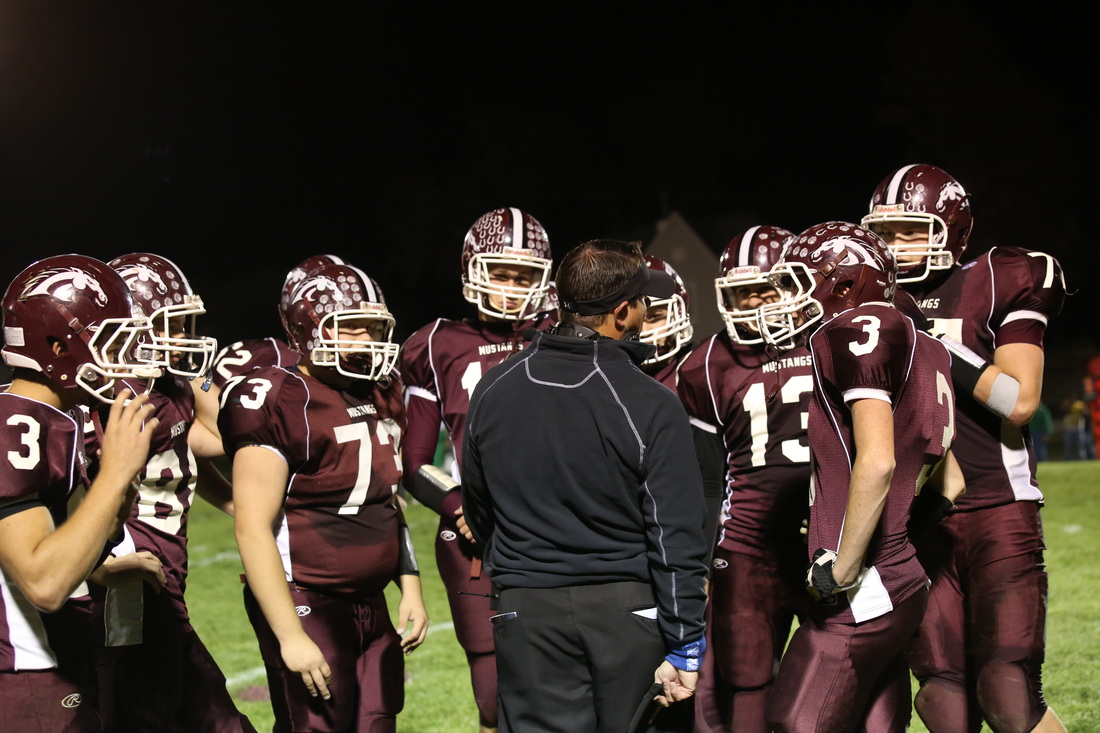 Braxton Phelps had 129 yards on 14 carries and one touchdown to lead the Hornets to a Western Illinois Valley Conference North Division win.

Brady Long opened the scoring for Brown County with a 74-yard punt return with a little over three minutes left in the first quarter.

The Hornets finshed the scoring with a 9-yard pass from Dylan Ruble to Brandon Winner.

Brown County racked up 213 yards on the ground.

Gage Klitz scored the lone touchdown for the Mustangs, connecting on a 52-yard pass from Thomas Donley with 41 seconds left in the first half. 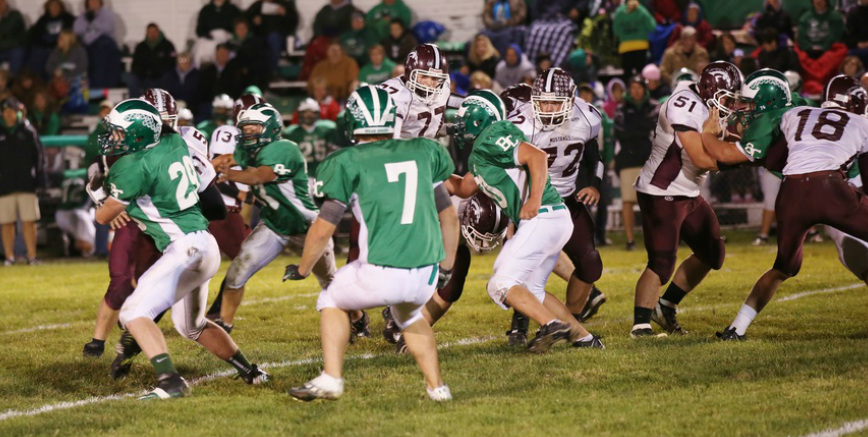 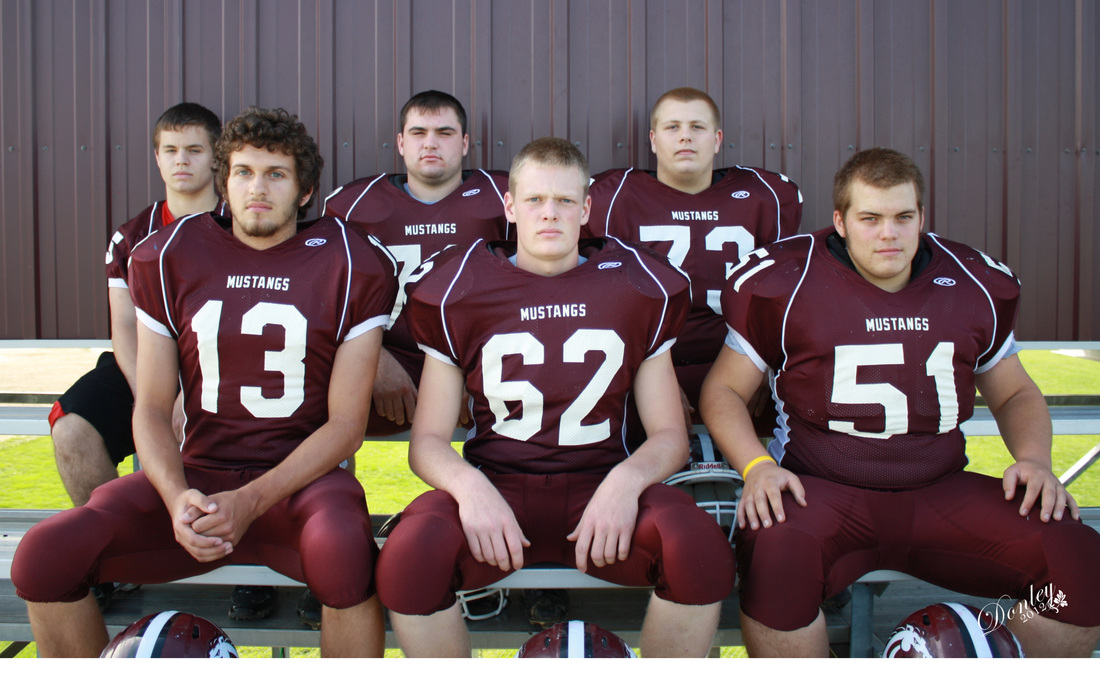 A Time to Reap (Duerrisms for October 4th)

The Mustangs rushed to a  29-6 halftime lead en route to the home victory.
Scott Beck scored on a 3-yard run in the first quarter  to ignite the Mustangs' attack. Tanner Wand added another touchdown in the
quarter.


Unity (2-4) scored three times in the second quarter,  including a one-yard run by Luke Muegge, a safety and a 7-yard pass to Thomas
Fielding. 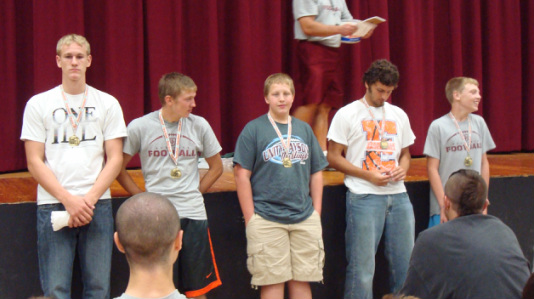 Tanner Wand had 29 yards on nine carries and Luke Muegge had one catch for 15 yards. Unity drops to 1-4 overall and 1-2 in the WIVC North. 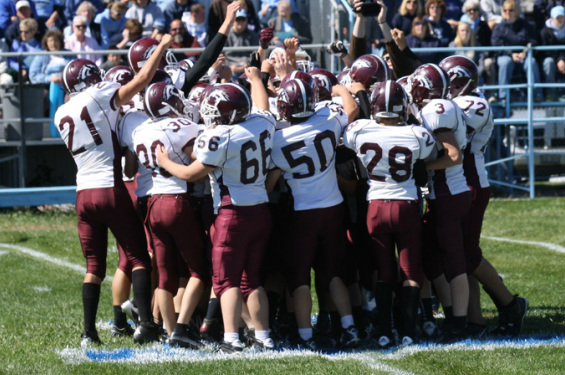 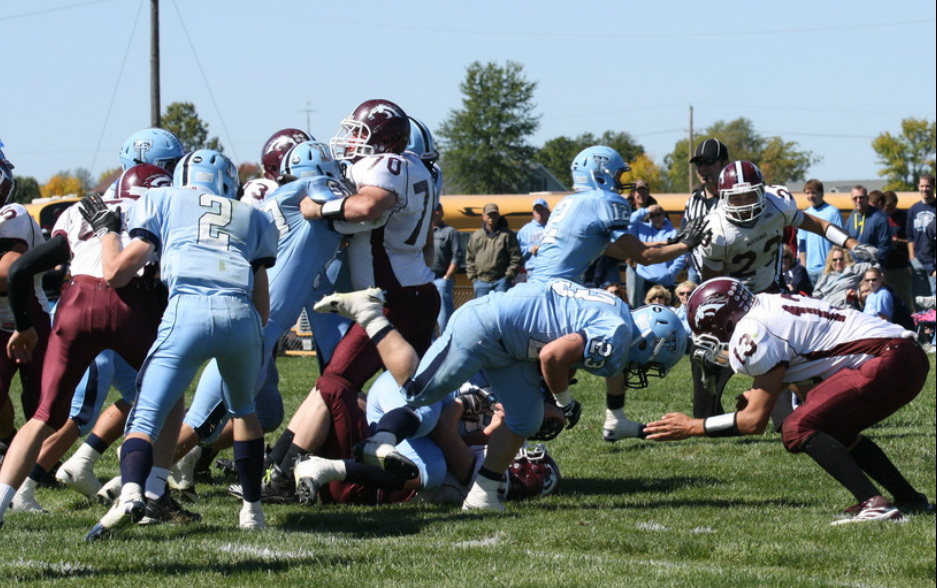 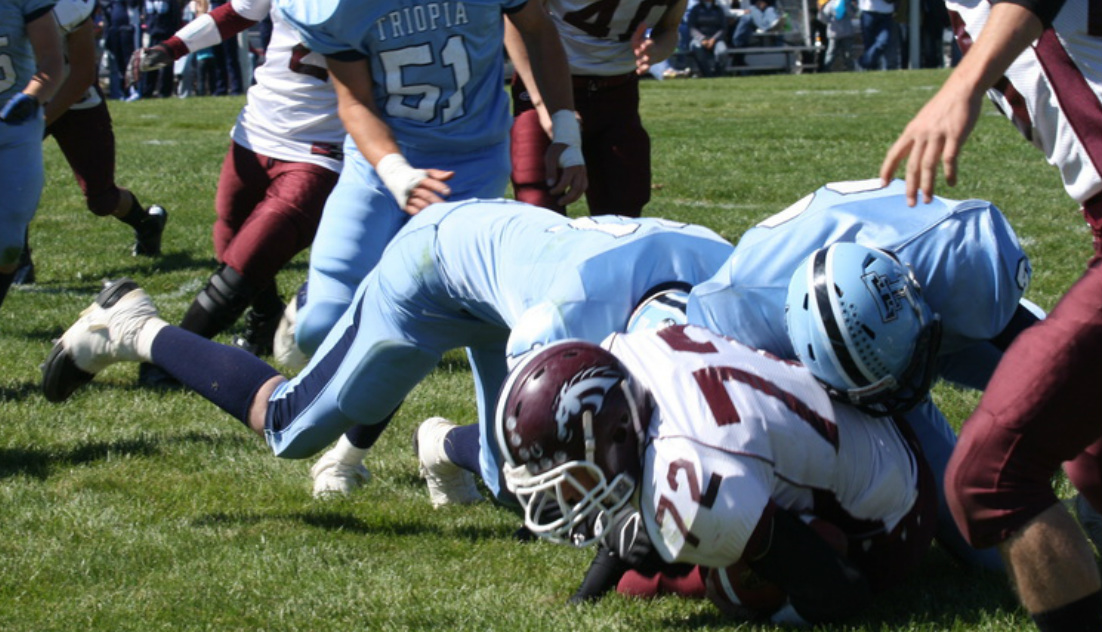 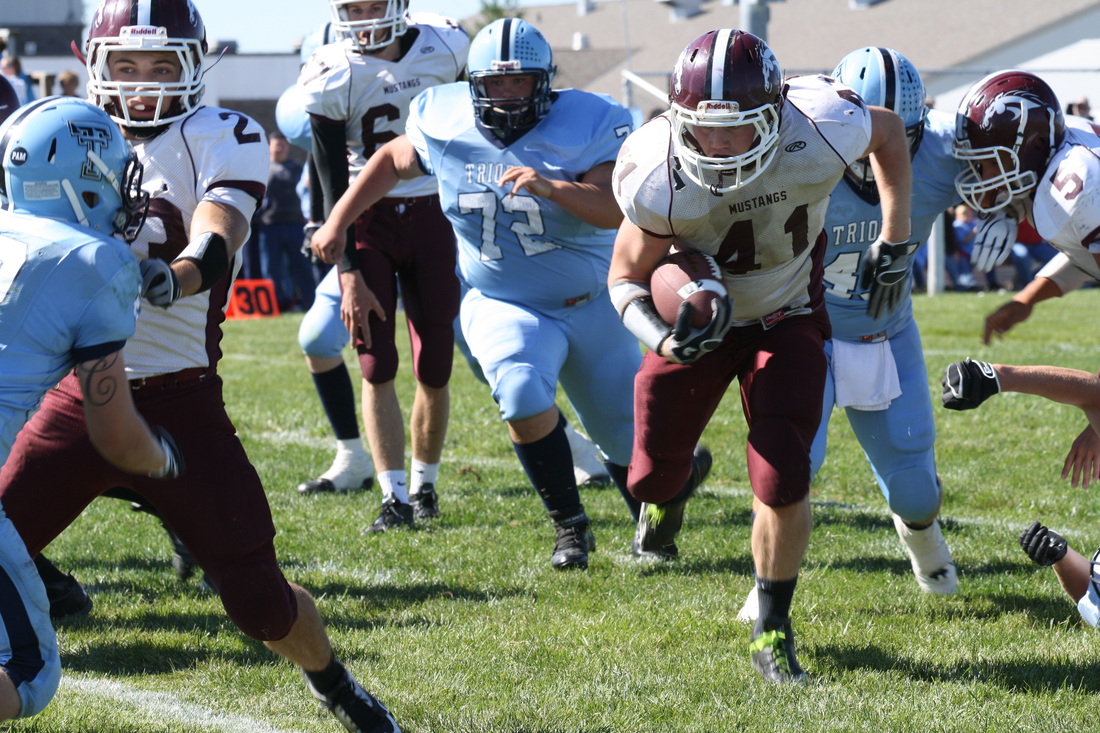 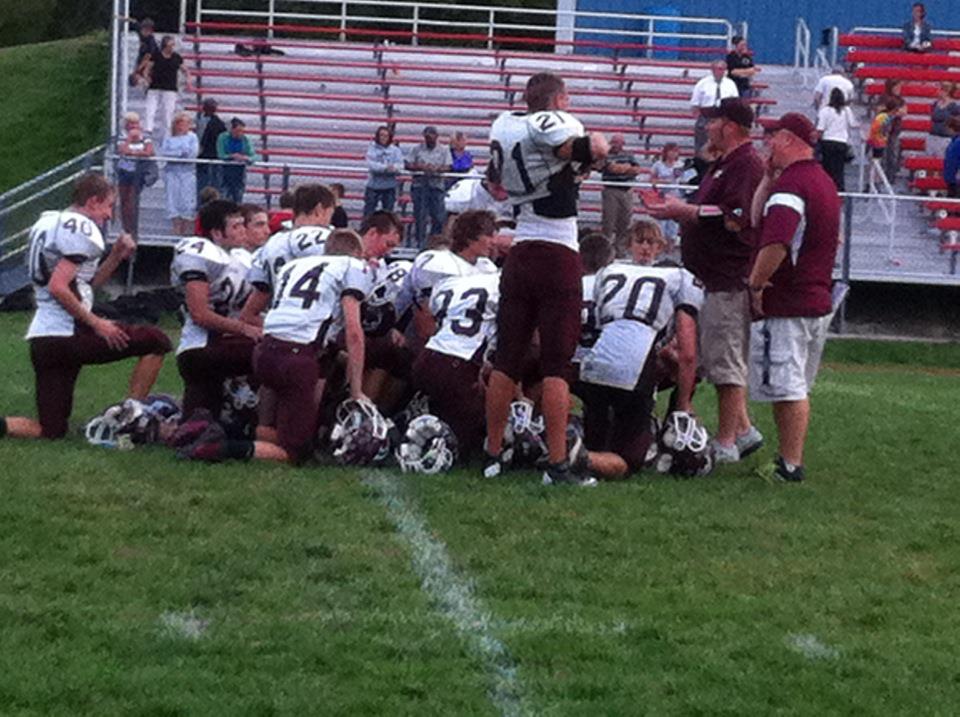 Thank you to Lisa Thompson for photo.

By THE HERALD-WHIG STAFF

Unity (1-3, 1-1) took a 7-0 lead with 2 minutes, 23 seconds remaining in the first quarter after Scott Beck scored on a 2-yard run. Blickhan made a 24-yard field goal in the third quarter and split the uprights from 23 yards in the fourth quarter. 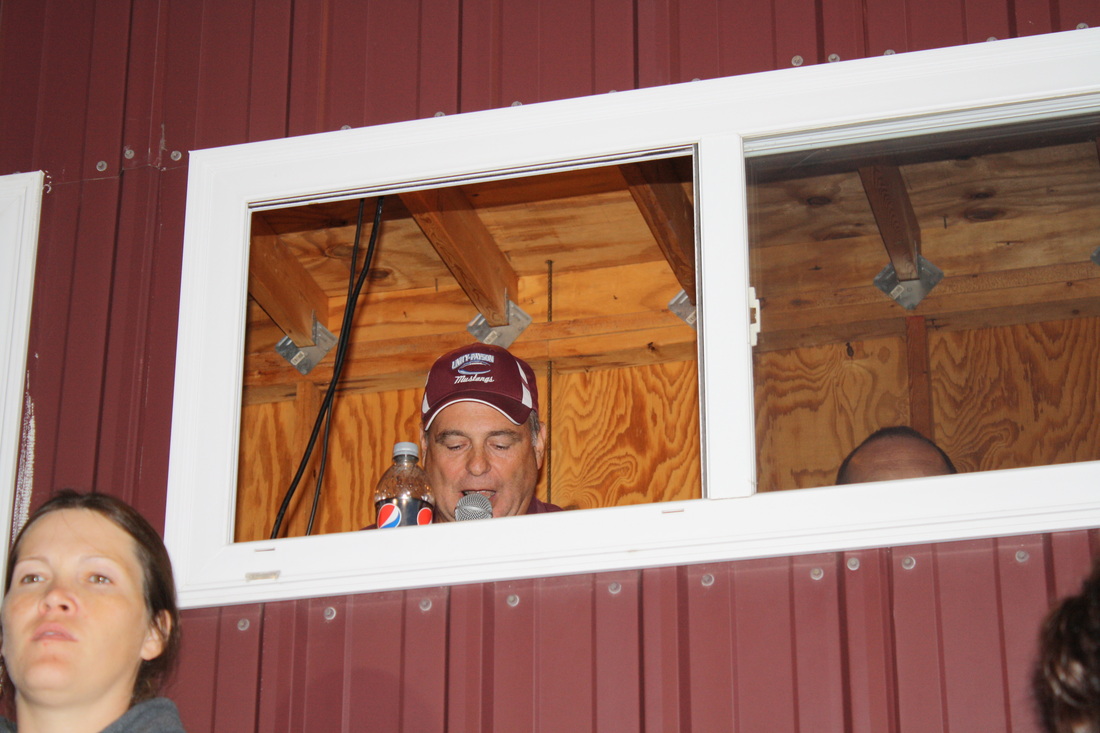 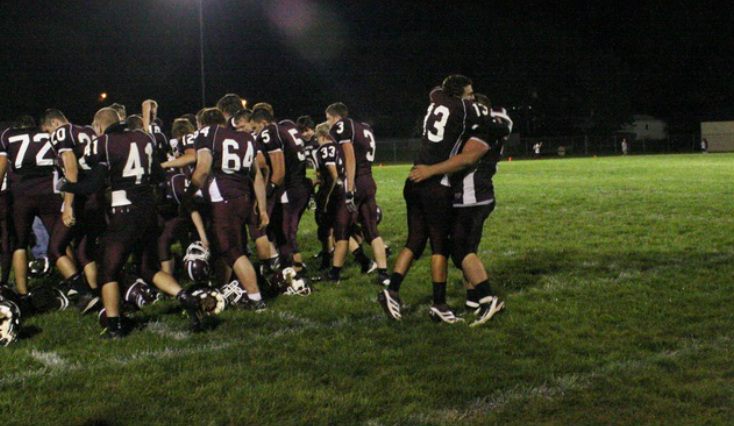 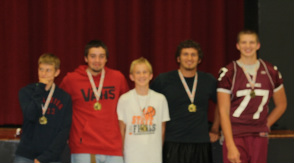 By THE HERALD-WHIG STAFF

Heubner opened the scoring on a 24-yard run with 2 minutes, 30 seconds left in the first quarter. A little over a minute later, he added his second score of the quarter, this time on a 30-yard jaunt.

Heubner picked up two more touchdowns in the second quarter.

The first came with just under 10 minutes to go in the quarter when Heubner caught a 44-yard pass from Seth Leezer.

Heubner's final score came with seven seconds left in the third quarter when he scored from 45 yards out.

C-SE racked up 404 yards, with 336 coming on the ground. Leezer completed two passes for 68 yards.

Hardin Calhoun 10, Unity-Payson 8: The Mustangs’ defense held the Warriors to 100 yards — all on the ground — in a non-conference game at Hardin, Ill.
Calhoun took a 10-0 lead in the first half. Unity scored its only touchdown on Will Klusmeyer’s 4-yard run in third quarter. Alex Blickhan caught
the 2-point conversion pass from Thomas Donley.
Scott Beck led the Mustangs by rushing for 113 yards on 19 carries. 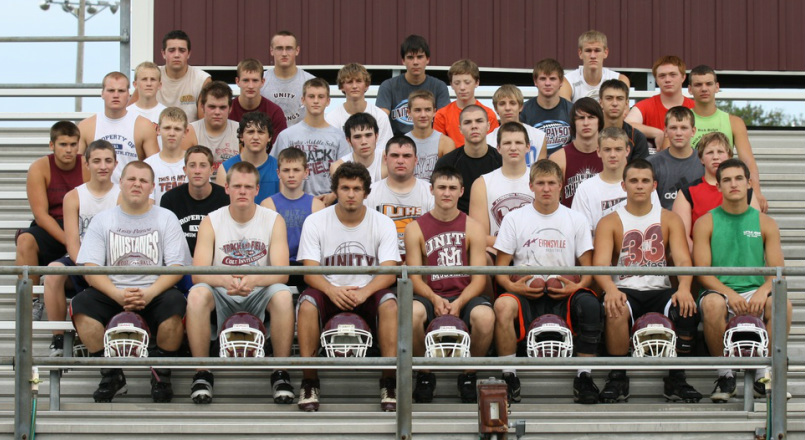 North Greene 26, Unity-Payson 0: The Mustangs managed only 86 yards in a non-conference loss at home.

Alex Blickhan led Unity, which trailed 14-0 at halftime, with four catches for 37 yards.

Heading for the tunnel 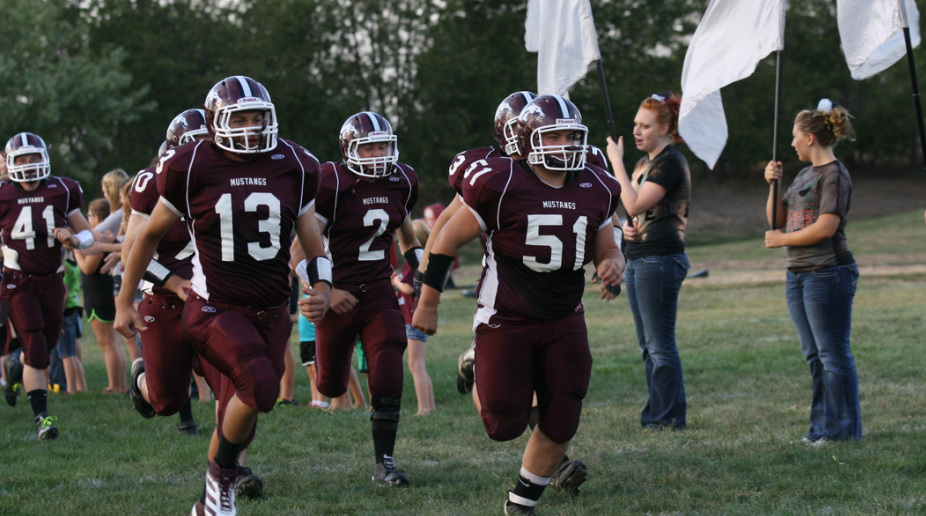 Other returning letterwinners: None listed.

Outlook: After replacing several linemen a year ago, it's now time for Asbury to find replacements for his skill positions. Vandermaiden, Miller and Wittler combined for over 2,200 rushing yards.

"Our strength going in is probably our defense," Asbury said. "We have a lot of guys back over there who started at different times."