Team photos are scheduled for Thursday, October 4, 2012 - beginning at 2:30.  Printed order forms will be sent with team members. If needed, order forms may
be printed from these files: 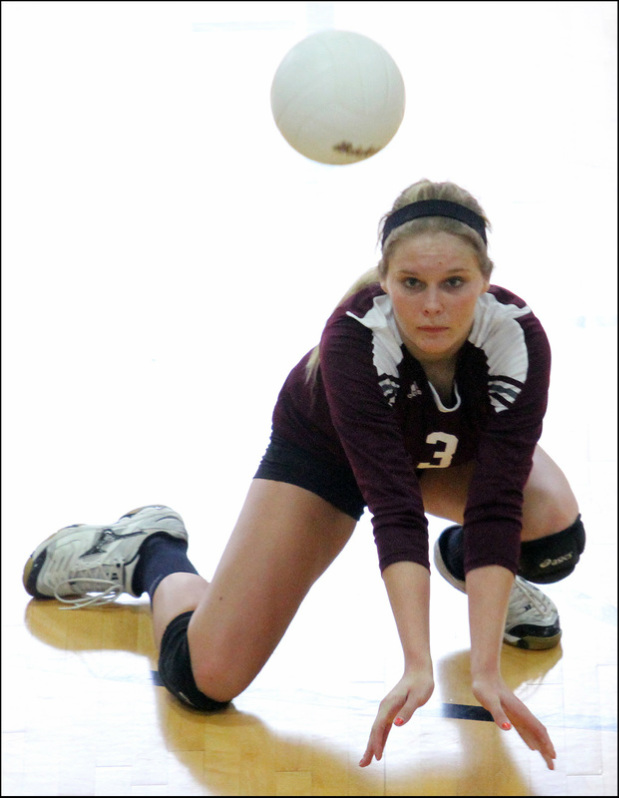 Payson takes the third seed into the Class 1A Western Regional against Unity,  who the Lady Indians beat in the quarterfinals Saturday 26-27, 25-11, 15-11.
"We have some things to work on but we should be  ready," Speckhart said. "We are a solid team that can do the job if we can
mentally stay focused and play the game."

Against Unity, Flesner led Payson with 14 kills and  Wolf had 25 assists. Loos served 11 points and Amber Lippincott had 5 blocks. 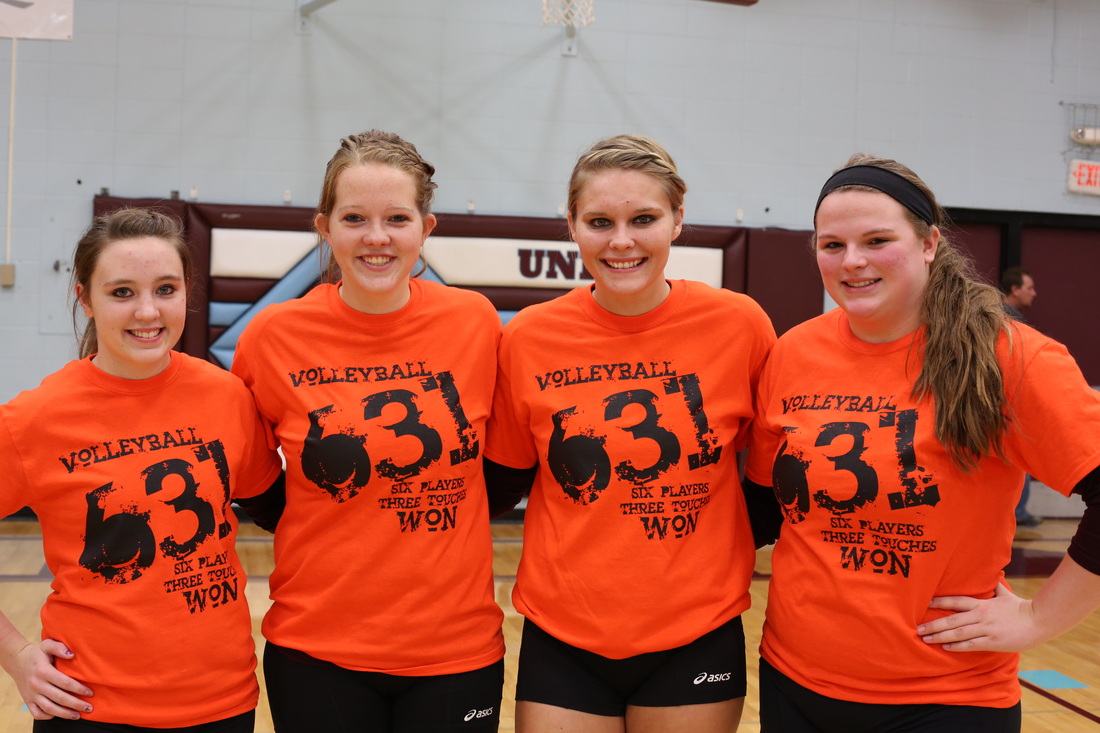 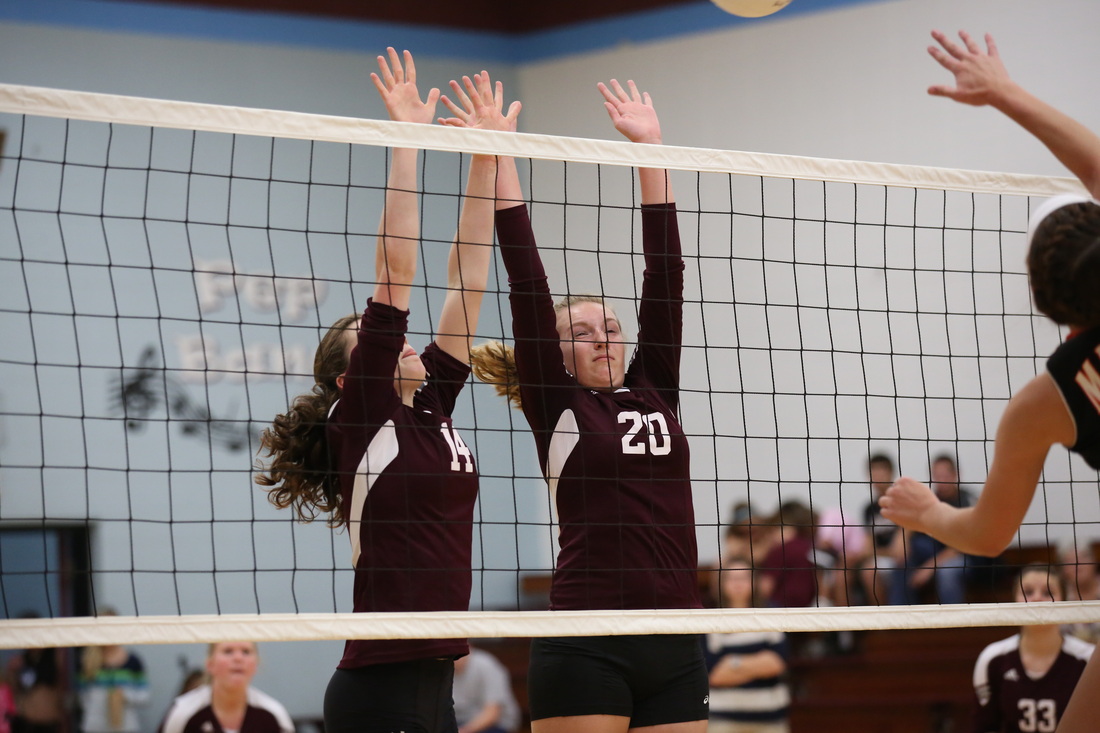 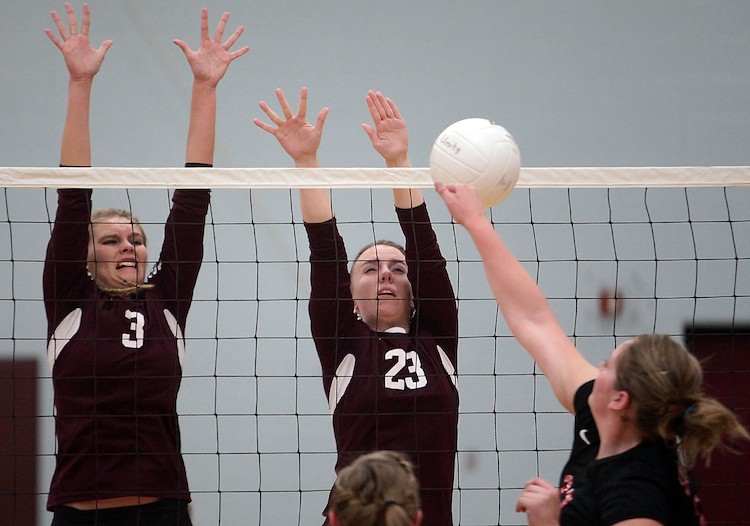 BY THE HERALD-WHIG STAFF

Prep volleyball roundup: Western shows it's a force to be feared


By THE HERALD-WHIG STAFF


The Western volleyball team  proved Tuesday that it shouldn't be overlooked when Class 1A regional play opens
in three weeks.

Western (11-10) and Unity are both in the five-team Barry Regional. Although seeds haven't been released yet for the regional, based on
record, Western probably will be the No. 4 seed.

The Lady Wildcats played like a front runner against Unity  (14-7). Western's Amber Platt tallied 26 assists and 13 digs, and Morgan Ryan
racked up 24 digs. 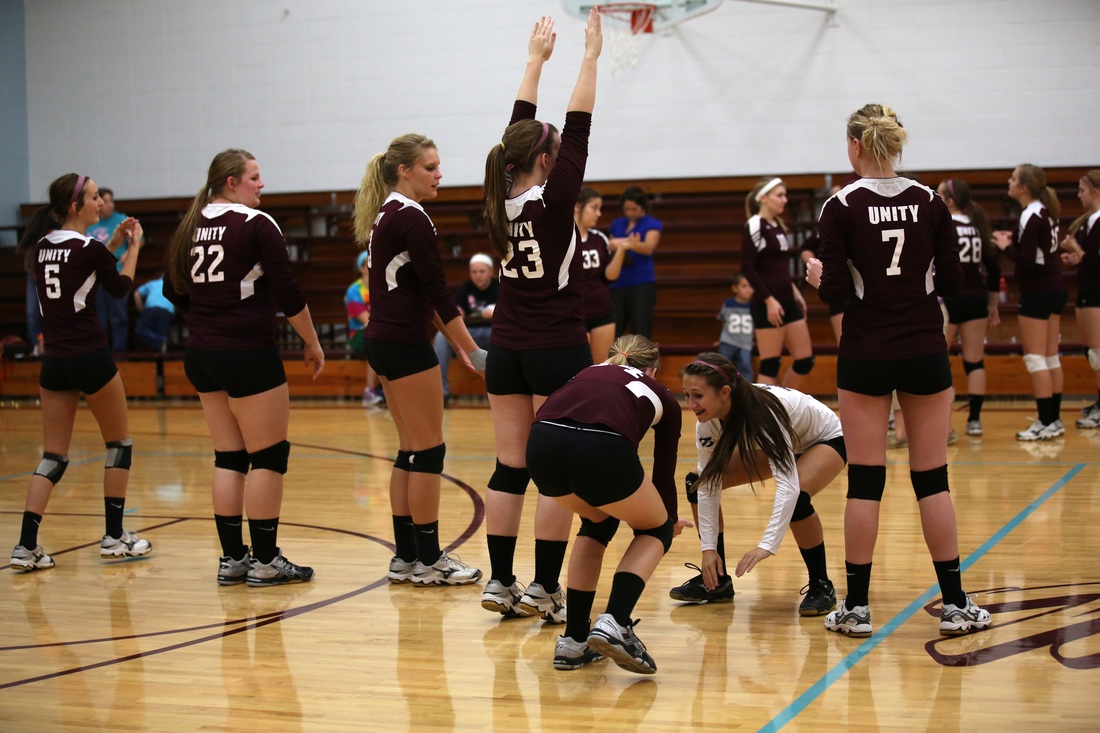 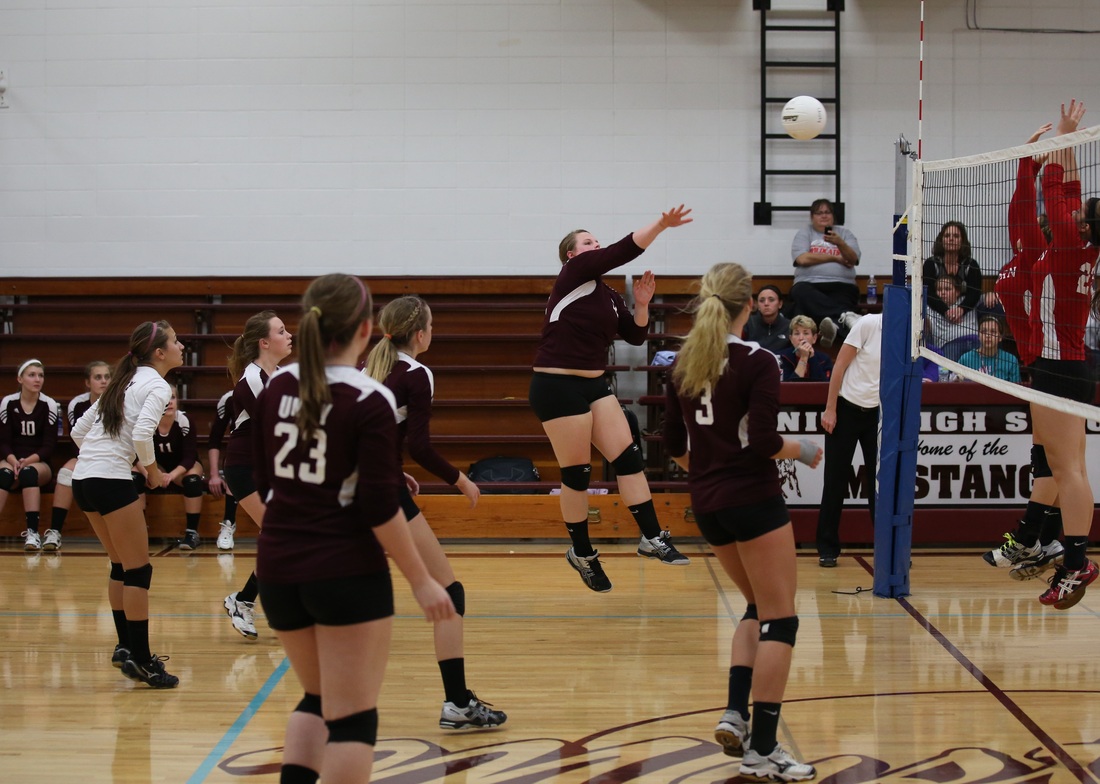 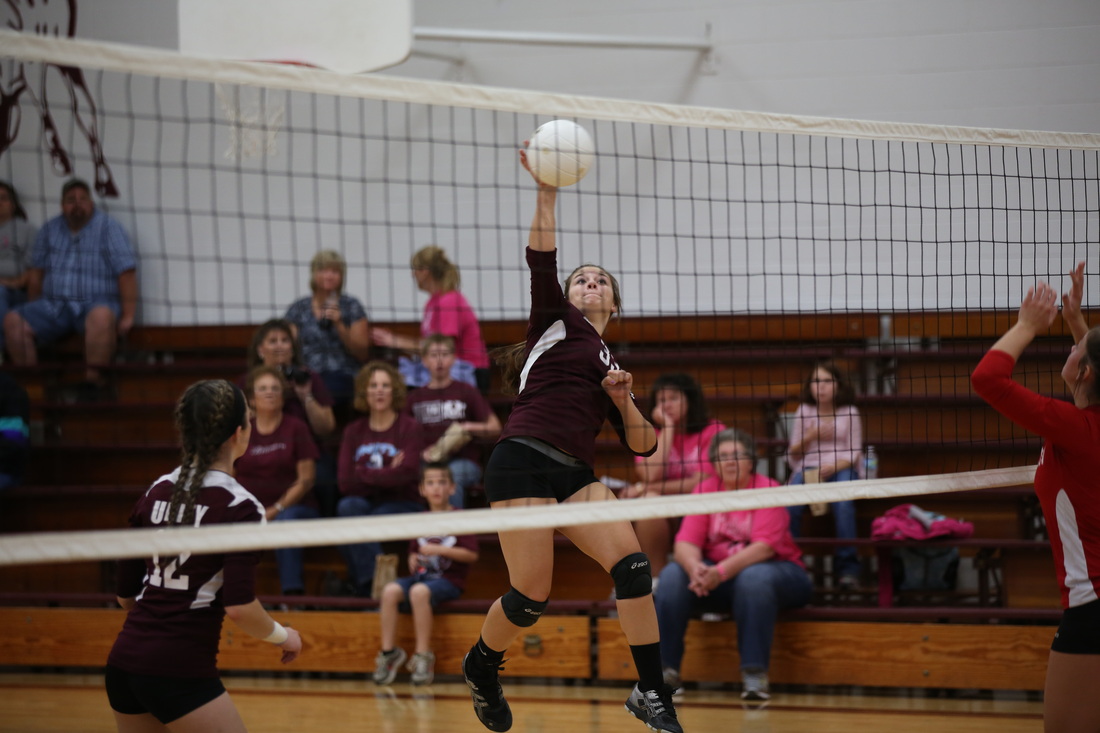 By  THE HERALD-WHIG STAFF

Despite losing one of its starters to an ankle   injury, the Unity volleyball team rebounded to take third place at the Central
Tournament.


The Lady Mustangs lost 25-18, 25-20 to Central in the  semifinals as senior Breanne Begeman suffered a sprained ankle near the end of
the first set. Begeman was sidelined the rest of the night, but the Lady  Mustangs overcame her absence to beat Macomb 27-25, 25-12 in the third-place
match.


In the semifinals, Central received seven kills and  two blocks from Keaunna Flesner and eight service points and nine digs from
Madison Steinkamp.

Unity took command of the gold pool by beating Western 25-9, 25-20 and edging
Macomb 25-27, 25-20, 15-6.
Alexis Wilson had 15 service points and two aces to  lead the Lady Mustangs against Western, and Maggie Bowles collected eight kills.
Alexis Christison had four kills to lead Western (7-8). Amber Platt had 14  assists for the Lady Wildcats, and MaKayla Robbins had 13 digs and three aces. 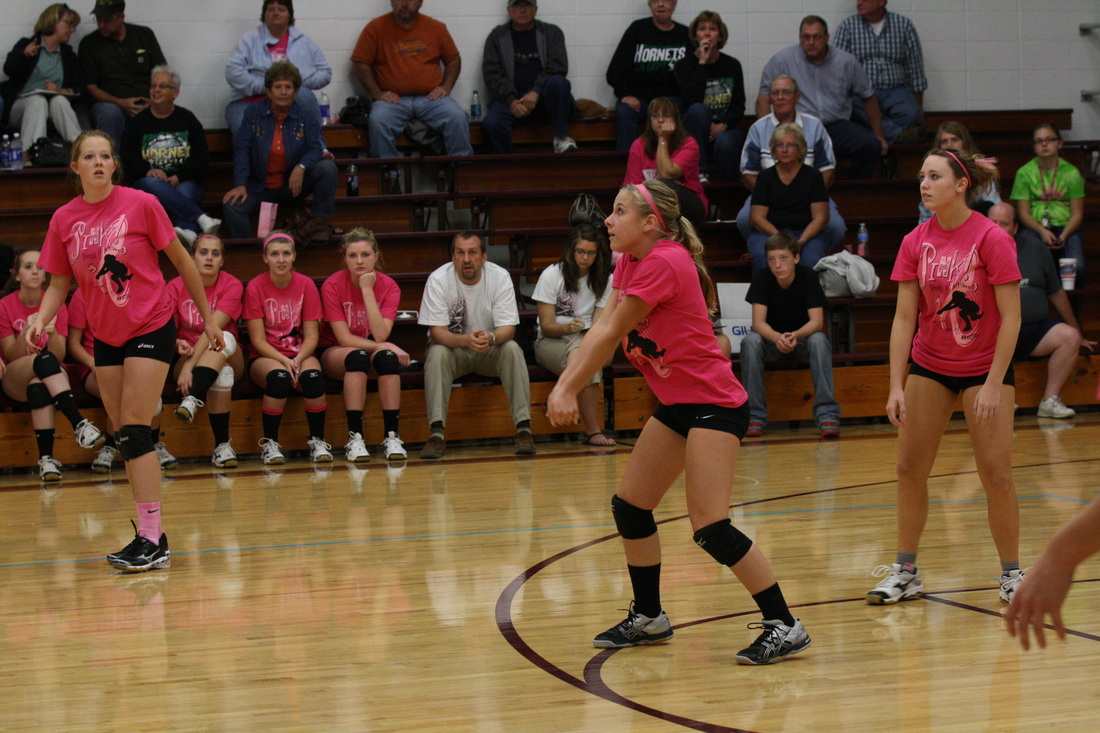 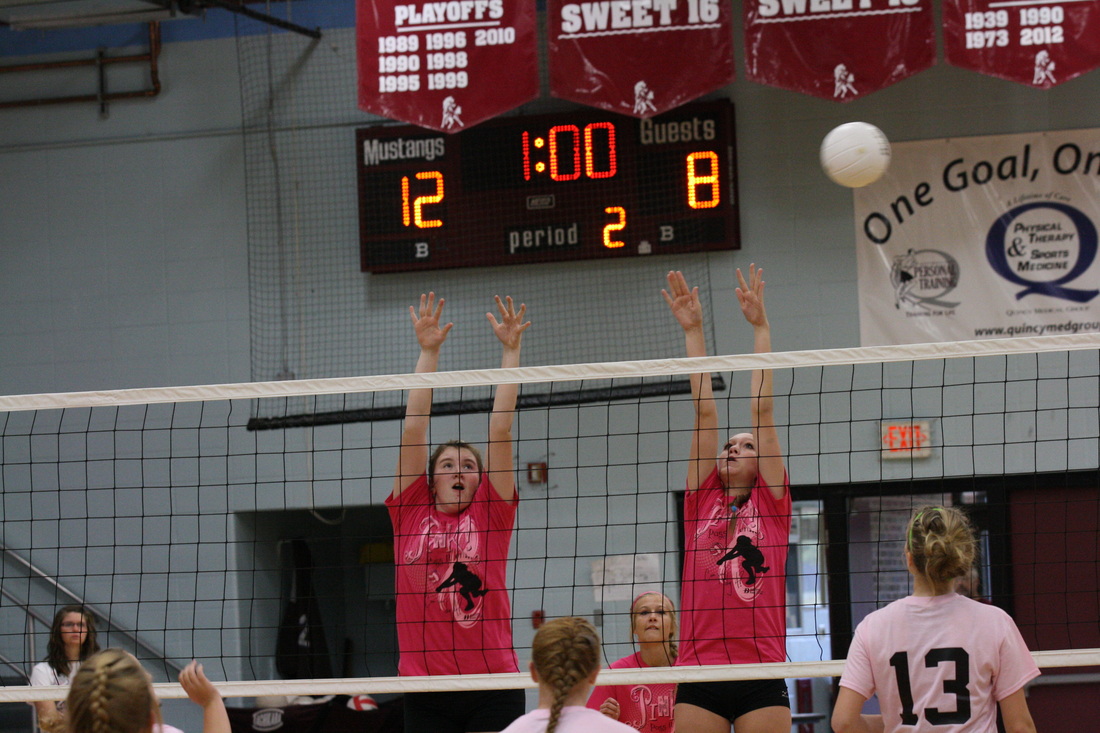 Unity d. Southeastern: Unity's Karley Peters served the final 12 points of the match to help the Lady Mustangs win 25-15, 25-14 in a WCC South
match at Augusta.
Alexis Wilson led Unity with 22 assists, and Brooklyn  Moore had eight kills and three blocks. Breanne Begeman had six kills, one ace
and 10 service points for Unity (7-4).

Dakota Limkemann had six kills and a pair of aces for  Southeastern (8-8), and Emma Derry and Ali Kerr supplied six assists each.

Lexi Dooley had nine kills and eight blocks for the Titans. 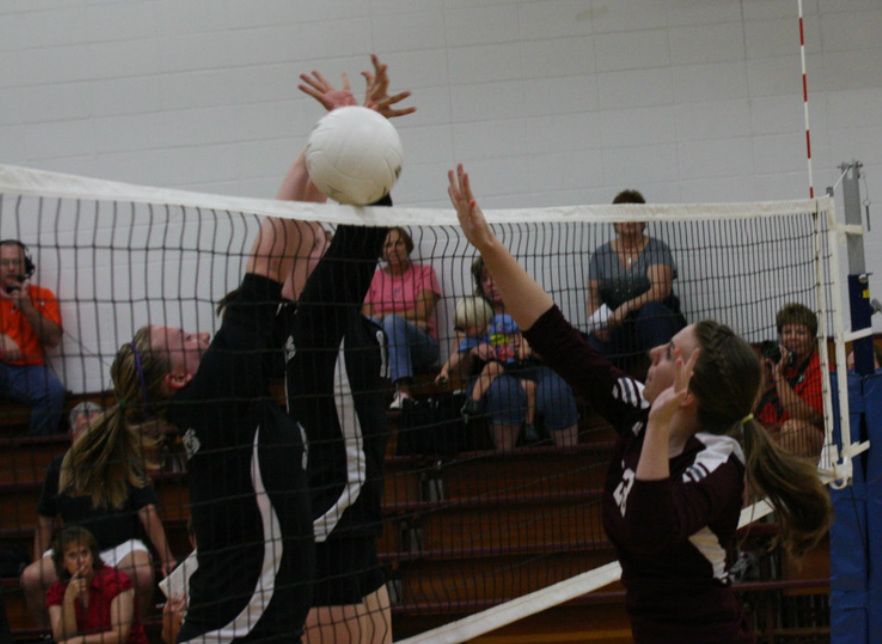 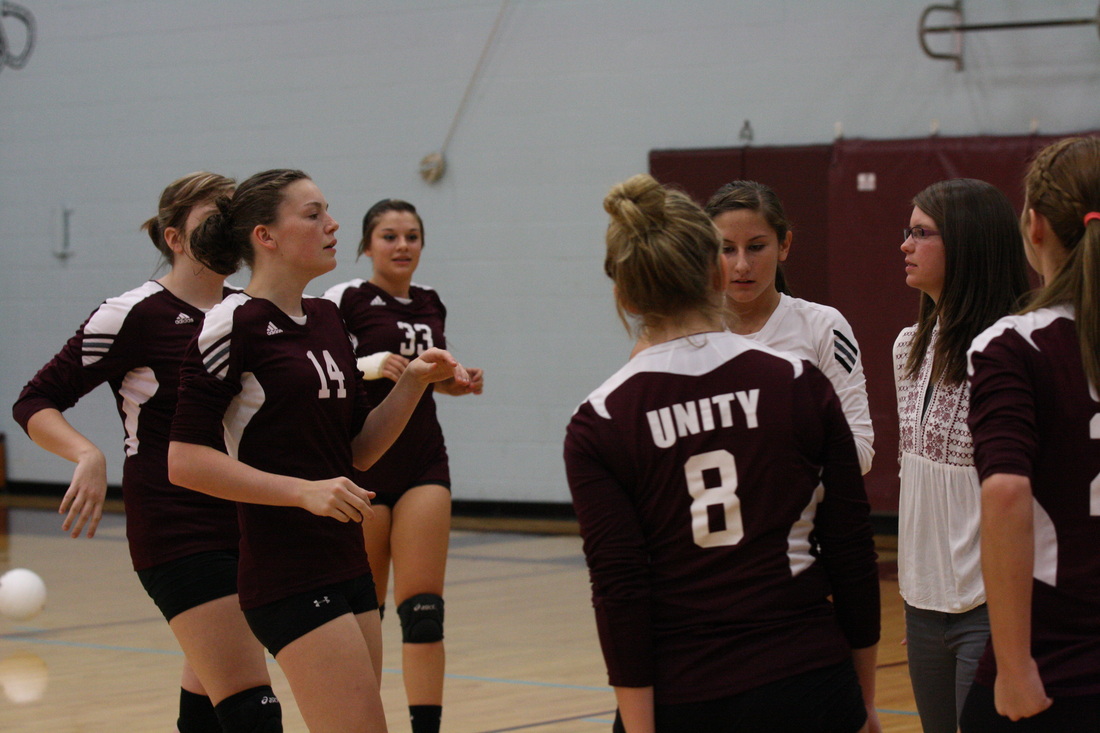 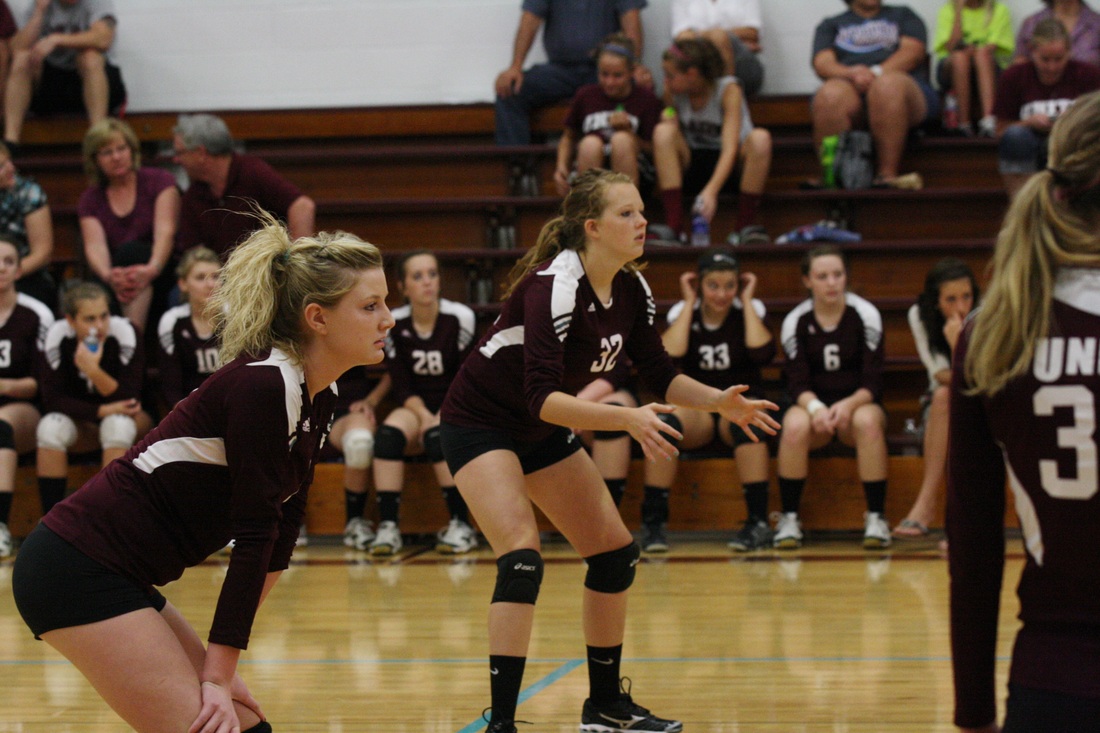 Brooklyn Moore led Unity against the Lady Suns with 11 kills. Alexis Wilson had 18 assists, and Mandie Brooks led the way with 10 digs.

Central capped its perfect week with a 25-20, 25-16 victory over Unity. Mandie Brooks led the Lady Mustangs with 11 digs, while Brooklyn Moore had five kills and Breanne Begeman had seven service points with one ace.

Western became the third team to rally, coming back to beat Unity 18-25, 25-17, 17-15 as Morgan Ryan finished with 30 digs. Amber Platt had 24 assists for Western, while Evan Colston had 12 kills. Alexis Wilson led Unity with 13 assists, and Breanne Begeman had 10 service points and four aces.

UNITY SLIPS AWAY WITH WIN: Unity survived a nailbiter to win its first game in the Suns Classic Monday night at Augusta, Ill. The Lady Mustangs beat Rushville-Industry 25-23, 29-27 to raise its record to 2-1 on the season.

Quincy Notre Dame opened its defense of its Class 2A state volleyball championship with a 25-17, 25-13 victory at The Pit Thursday night.

Brooklyn Moore, Maggie Bowles and Breanne Begeman had five kills apiece for the Lady Mustangs (1-1). Moore had four blocks and Bowles had 13 digs.

Unity d. Griggsville-Perry: The Lady Mustangs won their season opener with a 25-11, 25-12 victory on the road.

Outlook: The Lady Mustangs must revamp their lineup after losing a lot of the key cogs from one of the best teams in school history, which advanced to the Class 1A super-sectional.

Moore and Begeman give Unity a nice front-row nucleus to build around. Bowles has developed as well.

"We lost a lot of firepower," Klusmeyer said. "The girls have been working hard and will be competitive again this season."